EPD was set up with the purpose of making a contribution to, and reinforcing the impact of European endeavours in democracy support across the world. The Advisory Board provides guidance, support and strategic advice to EPD in fulfilling these goals, bringing together a wealth of experience from academia, government, civil society and politics. All members of the Advisory Board participate in their personal capacity.

Born in Göteborg, Sweden, educated at the LSE and the Graduate Institute of International Studies, Geneva Christian Leffler joined the Swedish Foreign Service in 1980. Postings to Cairo and Paris were followed by the Political Affairs Department of the Ministry in Stockholm. In 1991, he moved to Brussels to prepare and participate in Sweden’s accession negotiations with the EU which later opened the door to joining the European Commission in 1996. After various posts in Cabinets and external relations services, he joined the European External Action Service (EEAS), at its establishment in 2011 as the Managing Director for the Americas. He became Deputy Secretary-General for Economic and Global Issues in 2015 and served in this position until his retirement in March 2020. 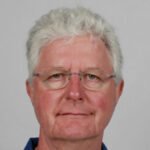 Hans Bruning is the former Director of the Netherlands Institute for Multiparty Democracy and the longest-serving president of the board of the European Partnership for Democracy (2012-2017). He started his career graduating from Leiden University with a degree in Public Law, after which he gained an extensive track record in working in international and social-economic cooperation. Hans has been a board member of the World Confederation of Labour (WCL, Brussels), one of the two predecessors of the International Federation of Trade Unions, and the director of the Dutch NGO the Interchurch Organisation for Development Cooperation (ICCO), based in Utrecht. 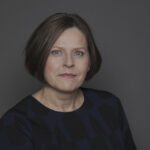 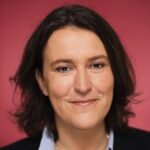 Kati Piri is the S&D Group Vice-President in charge of foreign affairs, human rights, security and defence, and development cooperation in the European Parliament. Kati is a full member of the Committee on Foreign Affairs and the delegation to the EU-North Macedonia Joint Parliamentary Committee as well as a substitute member of the Committee on Civil Liberties, Justice and Home Affairs and the delegation to the EU-Turkey Joint Parliamentary Committee. Trained in international affairs at the University of Groningen, she currently holds the office of International Secretary on the board of the Dutch Labour Party (PvdA) and serves as the Committee on Foreign Affairs standing rapporteur on the future EU-UK partnership. She was the European Parliament’s standing rapporteur on Turkey during the previous mandate. 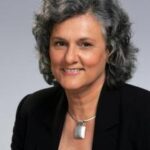 Kinga Göncz held numerous positions in the Hungarian government from 2002-2009 – including Minister of Social Affairs, Minister of Equal Opportunities and Minister of Foreign Affairs. She was also a member of the European Parliament (EP) from 2009 to 2014 and Vice-Chair of the Civil Liberties and Home Affairs Committee of the EP. Previously, she was Associate Professor at the Social Policy and Social Work Department of the Institute for Sociology at ELTE University in Budapest, and a Visiting Professor at the Central European University. Between 1994 and 2002 she served as the director of Partners Hungary, teaching democracy skills, negotiation and mediation. She began her career as a medical doctor and psychiatrist, graduated from the Semmelweis University of Medicine in Budapest in 1972, qualified in psychiatry and psychotherapy, and is the member of the European Association for Psychotherapy since 2004. 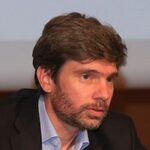 Richard Youngs is a senior fellow in the Democracy, Conflict, and Governance Program, based at Carnegie Europe and a professor of International Relations at the University of Warwick in the UK. Prior to joining Carnegie, he was the director of the European think-tank FRIDE. He has held positions in the UK Foreign and Commonwealth Office and as an EU Marie Curie fellow. He was a senior fellow at the Transatlantic Academy in Washington, DC, from 2012 to 2013. Youngs has authored thirteen books, the most recent of which is Civic Activism Unleashed: New Hope or False Dawn for Democracy? (Oxford University Press, 2019).

Anna Lührmann is the Minister of State for Europe at the German Federal Foreign Office. She was previously the Deputy Director of the Varieties of Democracy (V-Dem) Institute and Assistant Professor at the University of Gothenburg. Prior to turning to academia, she was a Member of Parliament in the German National Parliament (Bundestag; 2002 – 2009). Anna’s work has been published in the Journal of Democracy, Electoral Studies, and in Democratization and International Political Science Review amongst many others. Her latest research focuses on how and why democracy is eroding in many countries across the world, contributing to the Failing and Successful Sequences of Democratization project. At V-Dem, Anna leads on outreach, policy and fundraising activities, and contributes to the administration of the institute and their flagship dataset. Anna has also served as a consultant for UNDP, the World Bank, USAID and others.

Back To Top
This site uses cookies: Find out more.