Seven EPD members sit on the Board of Directors, elected at the Annual General Meeting. The European Association for Local Democracy (ALDA) currently holds the Presidency, with the Netherlands Institute for Multiparty Democracy (NIMD) in the Vice-President position and the Westminster Foundation for Democracy (WFD) holding the Treasurer role. 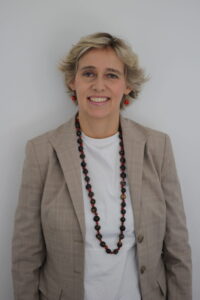 Antonella Valmorbida is the Secretary General of ALDA, the European Association for Local Democracy, President of EPD, coordinator of the Subgroup on Local Government and Public Administration Reform of the Civil Society Forum for the Eastern Partnership. She is also involved in CONCORD, the European NGO Confederation for Relief and Development. She is a senior expert on local governance and participative democracy at the local level. Antonella developed and has led ALDA since its creation in 1999. She is among the key experts in Europe promoting and implementing programmes of participative democracy, local democracy and development. She has been engaged in South Eastern Europe and Eastern Europe since 1996 and manages a team of over 30 people and more consultants and a network of 14 Local Democracy Agencies. She is involved in local governance analysis, project implementation, management and advocacy work in the EU, the Balkans, the Eastern Partnership and the Maghreb area. She has extensive knowledge and contributes to policy-making at the Council of Europe and at the European Union level. Thanks to her work and her engagement in networks, she accompanied and supported the development of the UN Sustainable Development Goals and the principle of their “localisation”. She has published books and articles on the topics of decentralised cooperation, local governance and participative and inclusive democracy and has worked as a consultant and trainer for major programmes of UNPD and the European Commission on local governance, democracy, local authorities and civil society empowerment. She is fluent in Italian, French, English, and Russian. She understands Spanish, German, and Serbian. 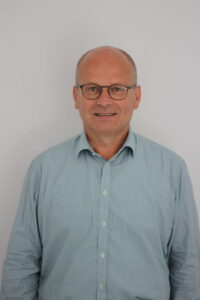 Thijs Berman has been Executive Director of NIMD since January 2019. He has more than 30 years of experience in media, politics, and international development. Mr. Berman began his career as a journalist working as a radio correspondent in Paris and Moscow, working for several prominent Dutch radio stations, television channels and print publications. He then became a Member of the European Parliament for the Dutch Labour Party, as well as taking up the role of Chair of the Dutch social democratic delegation in Brussels. As an MEP he was a member of several committees, including on Development Cooperation and the Subcommittee on Human Rights. Mr. Berman has also headed several European election observation missions to Afghanistan, Ethiopia and Senegal, and worked as team leader of a European election support programme in the Central African Republic. In the two years before joining NIMD, Thijs worked as the Principal Advisor to the OSCE Representative of Freedom of the Media. 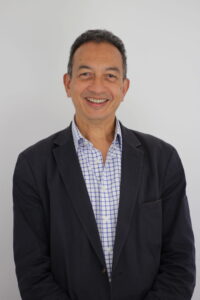 Anthony Smith has been Chief Executive of the Westminster Foundation for Democracy since August 2014.  He was previously International Relations Director in the UK Department for International Development (DFID) and Europe Director in the UK Foreign and Commonwealth Office (FCO).  Anthony’s career began in 1986 as a diplomat in the FCO, where his roles focused on EU and wider European issues including trade policy, the Balkans, Common Foreign and Security Policy, Eastern Europe and Cyprus.  In 1996, Anthony moved to DFID where he worked on Environment Policy, EU development policy, Southern Africa, and multilateral affairs including the UN, OECD, G7/8 and the G20.  He was also Private Secretary to the Development Minister.  Anthony was born in Jamaica, studied law at Warwick University and speaks French and Spanish in addition to English.  Anthony is a member of the British Foreign Secretary’s Advisory Group on Human Rights. 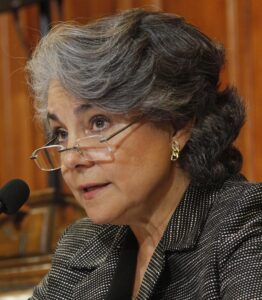 Ms. Agüero joined the Club de Madrid in 2003 and has since held the positions of Director of Special Projects, Director of Institutional Relations and of Deputy Secretary General until she was selected to become Secretary General of the Club de Madrid in 2016. Early in her career Ms. Agüero worked in the Rockefeller Commission on Critical Choices for Americans as research assistant at the Center for Strategic and International Studies in Washington, D.C. She was also trade policy officer at the U.S. Department of Treasury during the Tokyo Round of GATT negotiations.

Ms. Agüero has over 35 years of international experience in economic development, social cohesion, governance, institutional strengthening and democracy support, particularly in Latin America. As project officer, sector specialist and senior advisor in the Inter-American Development Bank and the United Nations Development Program, she worked in these organisations’ Washington, Uruguay, Brussels and Paris offices, leading projects and programmes implemented in partnership with other international organisations, governmental and non-governmental organisations, at both the national, regional and international levels.

Ms. Agüero holds a Bachelor of Science in Foreign Service and a Master’s degree in Latin American Economic Development from Georgetown University in Washington D.C. 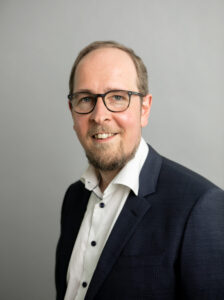 Gary Klaukka has been the Executive Director (Acting) of Demo Finland since May 2021. Gary has diverse previous experience from the democracy development sector: he has worked in the political parties unit at International IDEA in Stockholm, as the head of public outreach and interim head of programmes at the Commonwealth Parliamentary Association (CPA) in London and headed the political parties programme at the National Democratic Institute (NDI) in Myanmar. Prior to working in the democracy development sector, Gary worked in a range of political advisory roles in the United Kingdom. These included serving as a political adviser for the Leader of the Opposition in the House of Lords and as political adviser for the leader of Brighton and Hove city council. Gary also worked as chief of staff at a consultancy company working on market-based solutions for development in Mumbai, India.

Gary was born in Finland, studied American Studies and Politics at the University of Sussex for his undergraduate degree and Politics, Security and Integration at University College London for his master’s degree. He speaks English, Finnish, Swedish, German, French and basic Russian.

Kirsten Meijer is the Executive Director of the Netherlands Helsinki Committee, joining the organisation per 15 February 2022. Kirsten brings with her more than 20 years of experience in non-profit management, political strategy and policy development, as well as communications and campaigning. She has a special connection to the region and the work of the NHC, having started her career at Foundation Max van der Stoel, where she coordinated projects on democratisation in Eastern Europe, the Western Balkans, the Southern Caucasus and MENA region.

Prior to taking on this role at the NHC, Kirsten was Director of Women Engage for a Common Future (WECF) International, an NGO that works towards a gender just and healthy environment in over 50 countries, and with more than 150 partners across the globe. Before WECF, she was the International Secretary for the Dutch Labour Party (PvdA) for more than 6 years.

Michael Meyer-Resende is DRI’s Executive Director and one of the organisation’s co-founders. In this role, he is in charge of strategic leadership and overall management of the organisation with the Executive Team. Michael has been working in international relations, diplomacy, media and democracy support for more than 20 years, including at the OSCE’s Office for Democratic Institutions and Human Rights, the European Union and the BBC. He is a fully qualified lawyer (Freiburg, Berlin) with an LL.M. in European Law (College of Europe, Bruges).

Thierry Vallat is a career diplomat, a qualified Arabist, and a specialist in Africa and the Middle East. He has dedicated more than half of his professional career to this region, serving notably in Saudi Arabia, Syria, Lebanon, the Palestinian Territories, Israel and Morocco. The former head of the Department of Training and Deputy Director of Communications for the Ministry for Europe and Foreign Affairs has also spent many years nurturing a deep interest in issues surrounding the development of the media and digital communication, as illustrated by his time in Tangiers as Consul General. His appointment as Chair and Managing Director of CFI on 18 November 2020 is therefore a logical step in continuing France’s policy to promote media development in Africa, the Arab world and South-East Asia.

Back To Top
This site uses cookies: Find out more.