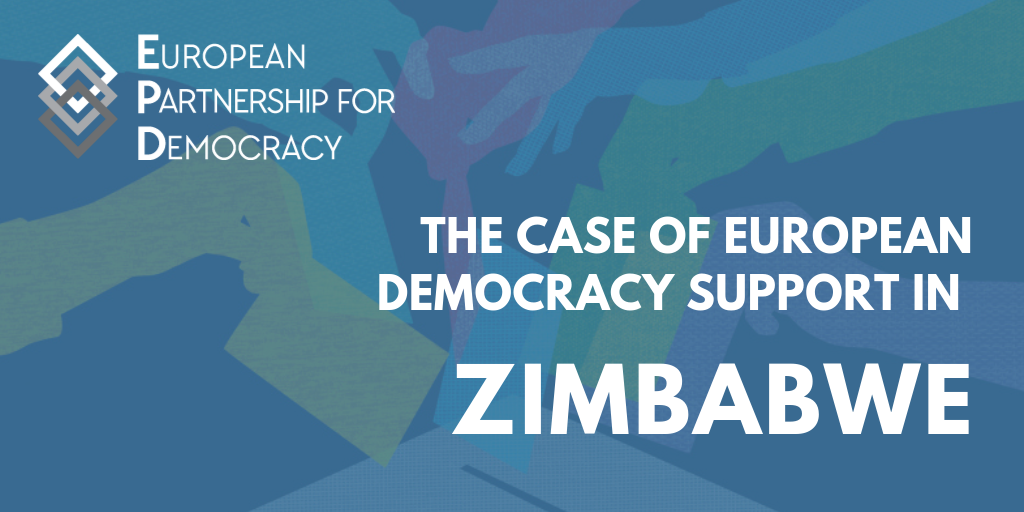 In the last decade, Zimbabwe went from an extremely violent election, to a (first) coalition government, to an adjusting authoritarian regime characterised by intense factional battles and continued economic hardships, to a coup that led to the historical departure of President Mugabe after his 37-year rule. Despite the occurrence of these major developments, Zimbabwe’s government has to a large extent been characterised by an authoritarian leadership style.

In order to assess European democracy support it is important to highlight the political and socio-economic context in Zimbabwe, which has influenced the nature, volume and priorities of European support programmes. The first section will therefore list a number of key democracy related events and turning points of the past decade. The paper then looks at the relevance, complementarity, consistency and impact of European democracy support in separate chapters. It ends by offering up conclusions and recommendations for the future of European efforts to support democratic governance in Zimbabwe.

The European Partnership for Democracy (EPD) was created in 2008 by EU members states and non-for profit organisations keen to solidify European support for democracy abroad. Yet much has changed since the late 2000s both in terms of the policy environment inside Europe and the changing nature of political systems around the world. As a result, EPD and its members are conducting a participatory review of European democracy support over the course of 2018-2019.

The research is designed to take stock of European democracy support by focusing on the policies of practitioner organisations, the European Union and European governments in order to draw lessons for the future. This paper forms part of a series of research papers by EPD that informs this review process.