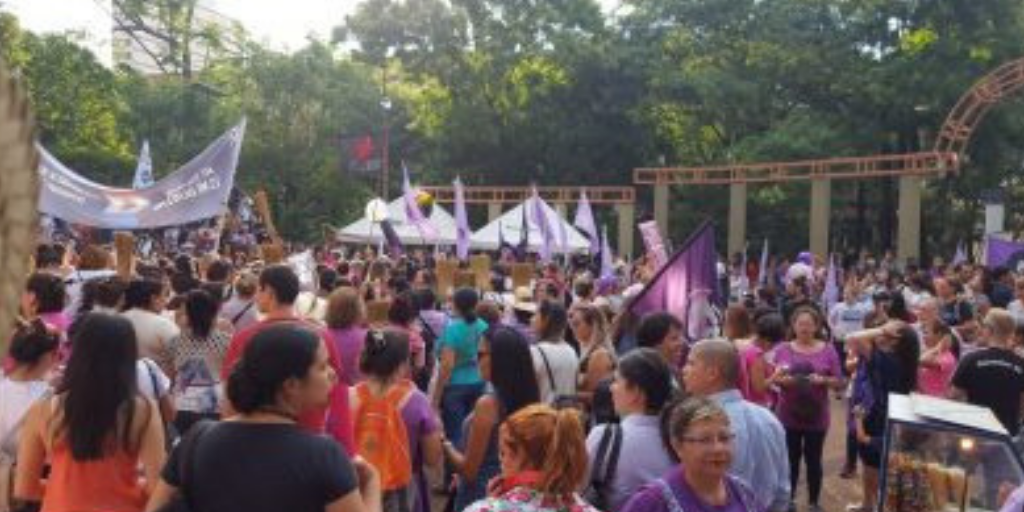 Today, the European Union Delegation in Paraguay will officially launch four projects in support of civil society organisations (CSOs) that will promote the full implementation of the Sustainable Development Goals (SDGs) in the country through concrete actions that benefit Paraguayan society.

The launch event in Asuncion City (Paraguay) will bring together the Minister of Foreign Affairs, Luis Alberto Castiglioni, the Ambassador of the European Union in Paraguay, Paolo Berizzi, members of the ODS Paraguay Commission and representatives of organisations whose projects were selected. Additionally, citizens and in particular young people, who will play a key role in achieving the SDGs by 2030 are also among the participants.

Together with Coordinator for the Rights of Childhood and Adolescence (CDIA), Interchurch Coordination Committee Development Aid (ICCO), El Servicio Paz y Justicia en América Latina (SERPAJ), EPD will focus on youth and gender and work towards enhancing the participation of CSOs in the implementation of the SDGs in Paraguay. In particular, EPD will facilitate and support dialogue between civil society, government and other relevant stakeholders on implementing SDG 5 (achieving gender equality), SDG 1 (ending poverty) and SDG 10 (reducing inequalities). This EPD-led  multi-stakeholder policy dialogue process will be guided by our INSPIRED method.

On September 25, 2015, the Member States of the United Nations, including Paraguay, adopted a set of global objectives to eradicate poverty, protect the planet and ensure prosperity for all. The 17 Sustainable Development Goals must be achieved in the next 15 years.

Paraguay has a level of total poverty at the country level of 26.40% and a 4.41% of extreme poverty, with the rural sector being the most affected in both cases.

To face the challenge of reaching the goals established in the 2030 Agenda for Sustainable Development, Paraguay has formed a commission to Implement and monitor the country’s progress with the SDGs (ODS Paraguay 2030 Commission). This Commission was created by decree of the Executive Power Nº5887 on September 6, 2016.

Read the original statement (in Spanish) by the EU Delegation in Paraguay here.

Click here to find out more about our on-going INSPIRED+ Program in Paraguay.