On 4 May 2018, the European Partnership for Democracy (EPD) organised a panel on the challenges to democracy, with Dr Rosa Balfour (senior fellow, German Marshall Fund), Dr Fabienne Bossuyt (University of Ghent) and Amy Eaglestone (Knowledge and Innovation Advisor, Netherlands Institute for Multiparty Democracy)

What are the key challenges to democracy around the world? 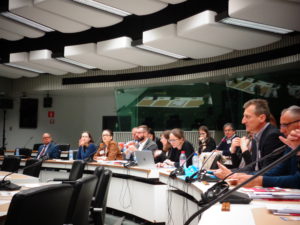 The panel agreed there is no way around populism as a key challenge to democracy in Europe and beyond. Populism has its roots in the failure of democratic states to adapt adequately to the consequences of globalisation. Rising inequality, migration and the increasing salience of cross-border issues have gone hand in hand with an upward shift in decision-making away from local politics.

While people saw their influence on decision-making shrink, democracy also lost its appeal due to the rise of autocratic states, like China and Russia, and the failure of democracy to deliver wealth. These dynamics are felt strongly in Central Asia, where democracy has attained a negative connotation and people prefer the Chinese developmental model. Central Asia was thus identified as a region where democracy is losing its appeal.

What are the consequences for democracy support?

Speakers argued one of the major consequences for democracy support is that the value of democracy cannot be taken for granted anymore. The language of democracy is becoming increasingly controversial, which has led some development actors to stop talking of ‘democracy’ and speak of peace and inclusion instead. It forces democracy support practitioners to reconsider their narrative, reflect on their foundational principles, and focus on the areas where they can have the biggest positive impact.

How can policy-makers and practitioners respond to these challenges?

Some recommendations were made for European politicians to tackle challenges to democracy within the EU. In particular, the panel and questions afterwards pointed at the need for more citizen engagement by European politicians. In order to strengthen democracy, politics needs to be brought closer to the citizens and respond to local concerns more. 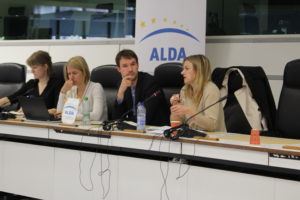 Two ways to respond for democracy support practitioners were identified. First, development actors can promote democratic principles and practices indirectly, through projects on socio-economic issues. This is a particularly useful approach in difficult environments for democracy support. A second recommendation was to increase research and use political economy analysis for programming, in order to identify the most appropriate and effective area of intervention.