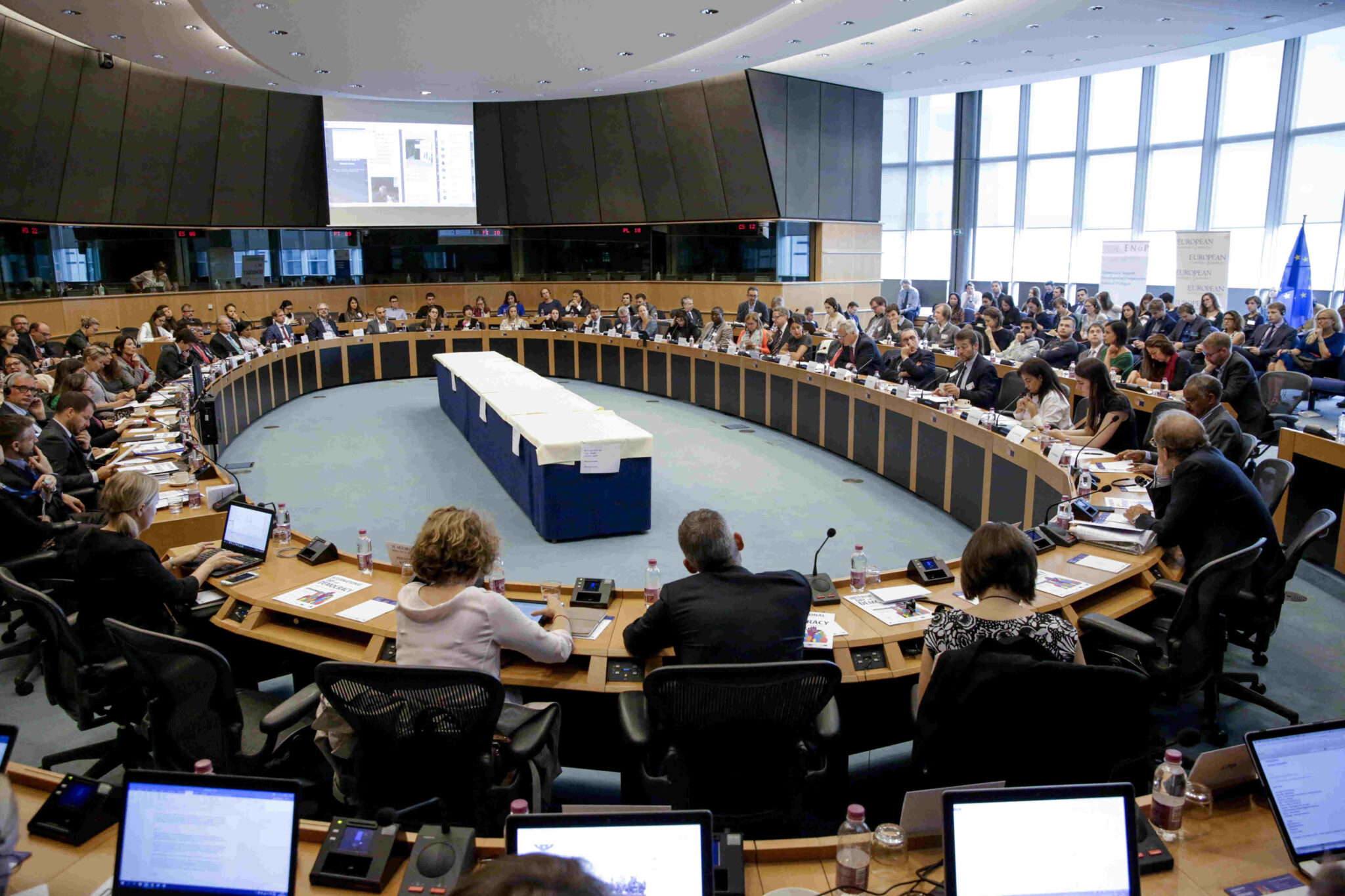 Director General of DG DEVCO of the European Commission, Stefano Manservisi, opened the conference and underlined that democracy was essential to ensure long term peace as well as sustainable development. Deputy Secretary General of the European External Action Service, Christian Leffler, identified the disconnection between citizens and politicians as one of the major challenges for democracy.  EP first vice president Mairead McGuinness made a passionate plea to “reawaken democracy” by giving a voice to all people.

Other topics discussed during the event included:

Partnering organisations and the European Commission also showcased some relevant work  during the week of the conference. The exhibition included political cartoons, photos and videos.

The conference was complemented by a performance of the Arab Puppet Theatre, an artistic collective from the European Neighbourhood. They delivered the “Performance Desperately in Need of an Audience” at BOZAR cultural centre. It tells the story of exile and refugees.  President Emeritus of the European Council, Herman Van Rompuy, delivered a positive vision in his Keynote Address on “EU and Democracy: a never ending task”. (Find full text of the speech here)

You can find all photos here.

The full report of the conference is available here.