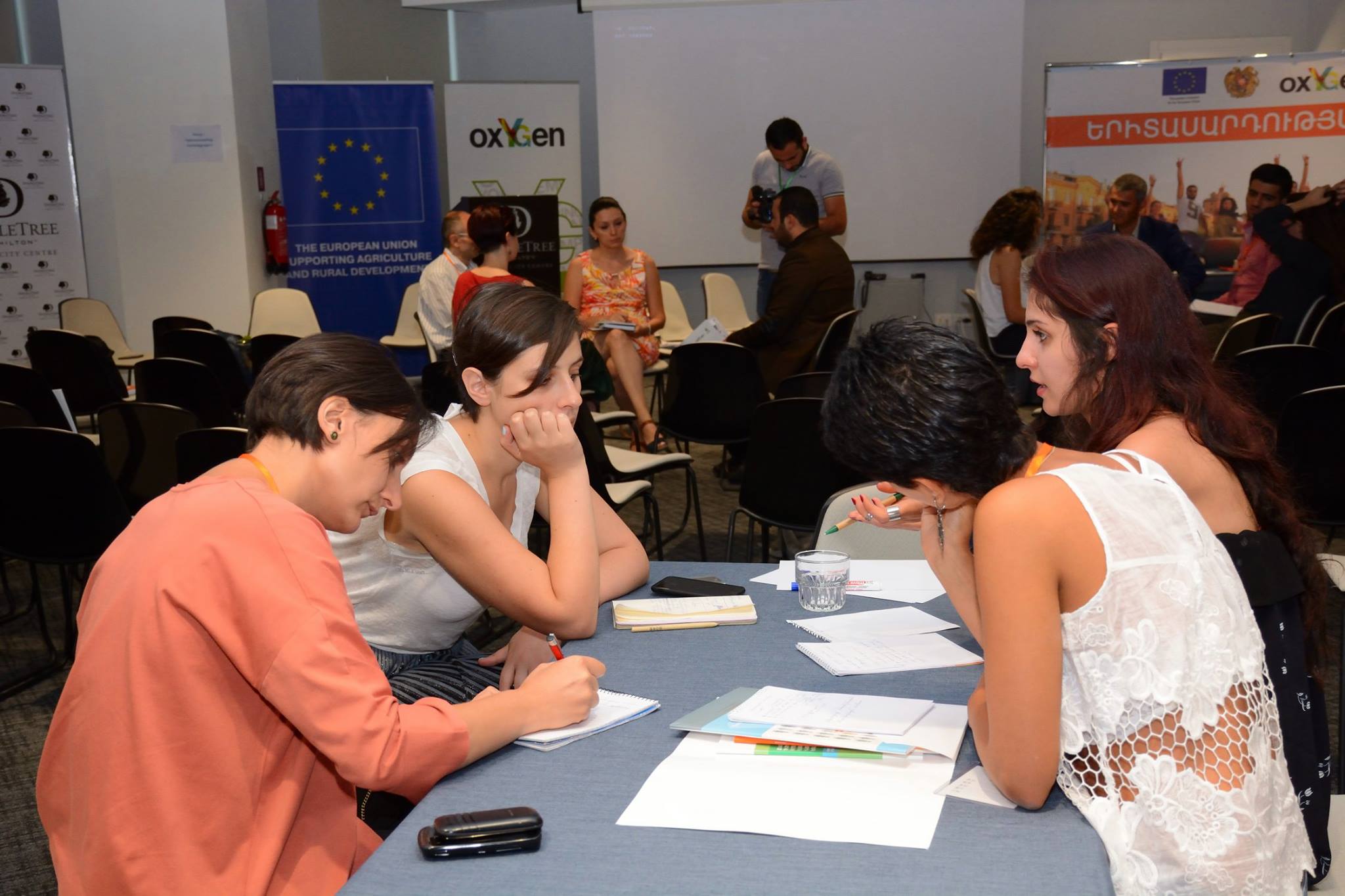 EPD is happy to announce its cooperation with OxYGen Foundation for Protection of Youth and Women Rights (OxYGen) for the implementation of the EU-funded programme INSPIRED+ Armenia. Together, EPD and OxYGen will conduct a policy dialogue on socio-economic rights of women in Armenia. The project will thereby contribute to the effective implementation of core human rights and labour rights conventions in Armenia, in particular the International Covenant on Economic, Social and Cultural Rights (ICESCR), the Convention on the Elimination of all Forms of Discrimination against Women (CEDAW), and most of the ILO’s core conventions.

OxYGen is an independent advocacy and development foundation committed to economic justice, gender equality, accountable governance, youth, and humanitarian assistance. It has already acquired experience in implementing policy dialogue in a previous EU-funded project. EPD – in a consortium with the Netherlands Institute for Multiparty Democracy (NIMD) and the Club de Madrid – will further support OxYGen to host the policy dialogue through training, expertise and institutional support.

From 17 to 21 July, EPD Programmes Officer, Leon Hemkemeyer, and EPD Policy Advisor, Sergio Rodriguez Prieto, conducted a mission to Yerevan to familiarise OxYGen’s project staff with the INSPIRED methodology, to hold first meetings with prospective stakeholders of the policy dialogue, and to discuss alignments of project activities with the political context in Armenia.

In Armenia, particularly in rural areas, female workers are prone to socio-economic and labour rights violations due to a variety of factors, including inadequate unemployment benefits and a malfunctioning labour inspection system. In addition to the worrying socio-economic situation of a large part of the population, there is also a high degree of corruption in welfare provisions, which aggravates the situation further.

By conducting an inclusive and participatory multi-stakeholder policy dialogue process, INSPIRED+ Armenia will contribute to positive change for female workers in Armenia. The dialogue will embrace such critical issues as gender-based discrimination in the labour market, wage disparities between women and men, access to economic resources, and social protection for low-income female-headed households.

The first phase of the project, the Collective Assessment phase, has been launched in August 2017. This phase serves to gather all stakeholders to identify their opinions, to clarify the topic and to achieve a shared vision of the problems in the identified policy area. It will also serve as the baseline from where the inclusive dialogue process will depart.