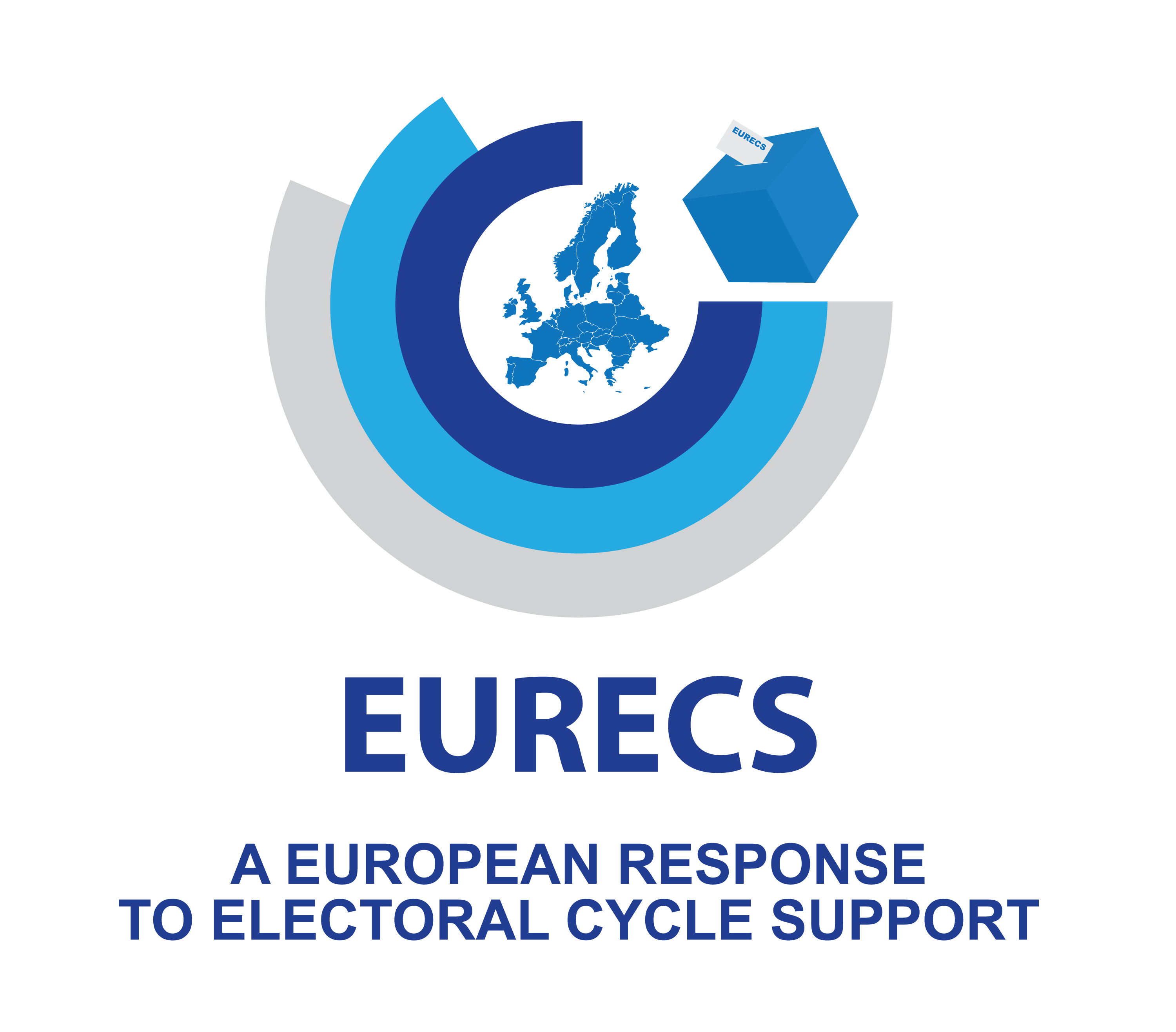 The European Centre for Electoral Support (ECES) is pleased to present a video that illustrates the key concepts of EURECS, “A European Response to Electoral Cycle Support”. EURECS is an innovative delivery mechanism developed to implement electoral and democracy assistance activities funded mainly by the EU and EU member states. EURECS concepts were first introduced during the European Development Days (EDD) 15th and 16th of June 2016 in Brussels.

The video is meant to give viewers a snapshot of the multifaceted dimensions of EURECS throguh interviews with members of the European Partnership for Democracy, held during the EDD 2016. The objectives and operationalisation of EURECS are also explained by the organisations behind the approach.

The video also features some snippets from the High Level Panel on “Implementing Sustainable Development Goal 16 for peaceful and inclusive societies” to which ECES and EPD were invited to take part. The Panel was a key event during the EDD16 and the only intervention of the High Representative of the European Union and Vice President of the European Commission (HRVP), Mrs. Federica Mogherini. Ms Mogherini stressed the need of developing a long-term and structured partnership with third countries in order to “support not to substitute”, thus contributing to sustainable development and peace.

ECES’ representative in the panel, former Chief Observer of EU election observation mission and Member of the European Parliament, Mr. Thijs Berman, focused his intervention on the need of mainstreaming the notion of deep democracy in the Sustainable Development Goals as an essential dimension of development and societal progress.

The video also includes parts of an interview with Fabio Bargiacchi, ECES’ Executive Director, who gives an introduction to ECES and elaborated on how EURECS is essentially a tool to further foster democracy through effective electoral assistance, comprising the pre-electoral and post-electoral phases as well as intra-election periods.

Ambassador Andebrhan Giorgis Welde, Member of ECES’ Board and Political dialogue and Mediation Expert, highlighted the importance of all political and electoral stakeholders to agree on the broader democratic values and principles that lie at the core of ensuring durability of any given development process.

EURECS departs from the lessons learned from the practitioner community and advocates for long-term and integrated strategies as opposed to an election-day centric approach with a narrower scope. Along the same lines, ECES’ President, Monica Frassoni, presents ECES and EURECS’ holistic approach that should be geared towards strengthening the recommendations of Election Observation missions.

To further demonstrate the wealth of experiences that has fed into EURECS, in a truly collaborative fashion, the video also features the contributions from other important members of EPD including its secretariat:

The video is accessible in the ECES’ website Video Section as well as at this link.