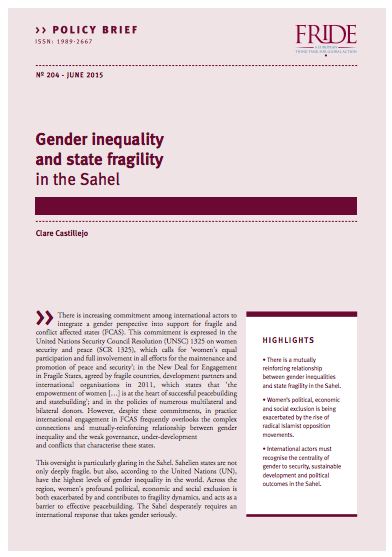 The Sahel region is wracked both by state fragility and extreme gender inequality, which are inextricably linked. Across the region, women’s profound political, economic and social exclusion is both exacerbated by and contributes to weak governance, underdevelopment and conflict, and acts as a barrier to effective peacebuilding. Despite this, international actors have failed to prioritise gender equality or women’s rights in their responses to fragility in the Sahel. It is critical that international actors recognise the centrality of gender for the political, security, development and sustainability outcomes they seek for the region.