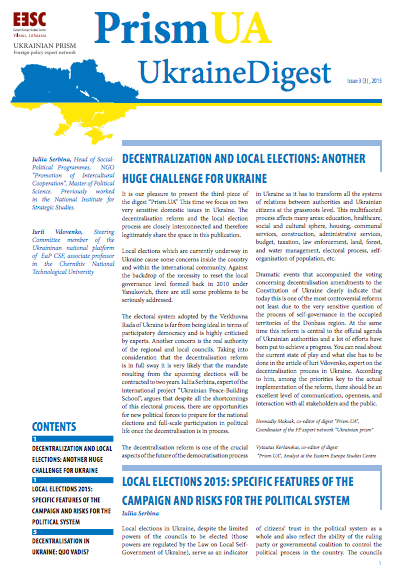 Decentralisation reform is one of the crucial aspects of the future of the democratisation process in Ukraine because of its transformative power on all the systems of relations between authorities and Ukrainian citizens at the grassroots level. Dramatic events that accompanied the voting concerning decentralisation amendments to the Constitution of Ukraine clearly indicate that today this is one of the most controversial reforms not least due to the very sensitive question of the process of self-governance in the occupied territories of the Donbass region.  The new Ukrainian electoral system is equally controversial, yet despite its shortcomings, this issue of PrismUA demonstrates the potential advantages.