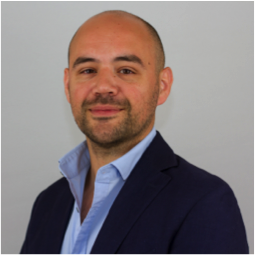 Jerome started his work for NIMD in August 2011. At NIMD, Jerome is responsible for the Benin country programme, the Linking & Learning programme  (including methodology development) and as well as the coordination of NIMD activities related to INSPIRED. He was also responsible for programmes in Tanzania and Libya. Since 1998 Jerome has been involved in a host of different projects at Dutch Prodemos, House for Democracy and the Rule of Law. He was previously senior manager of the political programme of the civic educational visiting center and head of special projects.

1. What is for you the added value of European organisations supporting other countries in their democratisation processes? What role can they play?

By working together with like-minded organisations we can generate a greater impact by combining each other’s expertise in one programme. This means that a number of European organisations can be working under one umbrella on the same project from their respective angles, while at the same time maximising the outcomes and achieving a more complete result. A great example of that is the Integrated Support Programme for Inclusive Reform and Democratic Dialogue (INSPIRED) designed by EPD together with Club de Madrid and NIMD. The activities of the project in-country level are aimed at promoting a culture of dialogue and trust in five countries: Tunisia, Morocco, Moldova, Kyrgyzstan and Ghana.

By working together on one project, each brings in their own niche expertise while jointly generating bigger results. NIMD’s expertise in political party dialogue, EPD’s civic engagement experience and Club de Madrid’s access to heads of state and formal side of governments, made that we could support broad dialogue processes and develop a more comprehensive inclusive multi-stakeholder policy dialogue approach.

Similarly, NIMD increasingly sees comparable ‘by-party-for-party’ organisations being created in Europe, sharing the same multiparty approach. Even though funding comes from different sources, the organisations are often active in the same countries, and can therefore team up, scale up financially and develop more impactful programmes. This is the case for NIMD and DEMO in Tunisia and Myanmar, and for NIMD and DIPD amongst others Egypt and Zimbabwe.

2. As a practitioner, give us an example of how you have been able to make a difference?

The European Union has among its member states the most established and celebrated democracies in the world as well as many countries that have made the transition to democracy only in the past two decades. The Tunisian School of Politics is an example of how the combination of different European organisations together make a difference.

The mix of examples of best practices in established democracies and best practices from countries that made the transition to democracy are present in the joint Finnish, Dutch and Bulgarian partners in Tunisia, which have made the process more balanced and proved an impetus for dialogue based on trust. As practitioners it’s valuable to realise the impact this mix of backgrounds can make in democratisation processes.

NIMD and DEMO Finland could provide great speakers, curricula and examples of institution building and power sharing. While the Bulgarians could relate to the Tunisian political participants on how to deal with animosity between progressive elements and those accused of being supporters of the former regime. Each partner had its expertise, and it was clear the Tunisians very much valued that combination.