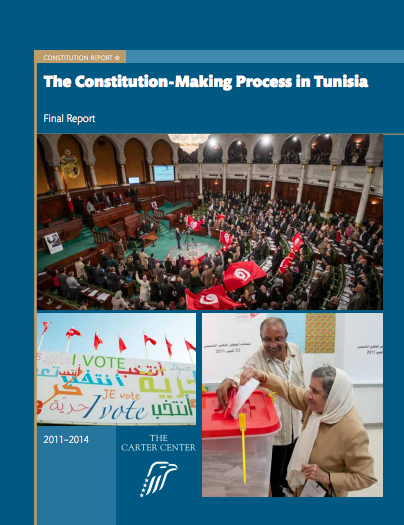 The Carter Center monitored the constitution making process in Tunisia from February 2012, when the National Constituent Assembly first began working on the document, to May 2014, when the Assembly launched a countrywide tour to raise awareness of the new constitution and the rights and freedoms enshrined therein. This report is a collection of the reports the Carter Center filed during that time, and an evaluation of the final document. The main goals of the Carter Center’s work were to help make the constitution-making process more transparent and accessible to the public and to raise awareness among NCA members regarding Tunisia’s international human rights obligations, with a view to ensuring that these commitments were fully reflected in the new constitution.