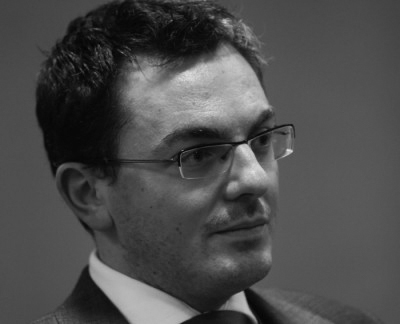 The past month has been very active and interesting for the EPD team. We have seen the first edition of our conference Commemorating Vaclav Havel, organised jointly with the Czech Centre, the Havel Library and the Permanent Representation of the Czech Republic to the EU. We were pleased to see the enthusiasm of the participants in continuing this approach of knowledge sharing and I am grateful to the speakers who have accepted to join us in the drafting and structuring of future editions of the event.

The Civil Society Support Programme (PASC) in Tunisia is now up and running with the local team ready to begin work. This is quite an achievement, and now we can concentrate on the substance of the tasks ahead of us in the next three years. I am particularly glad that the involvement of our local partners has gone far beyond our expectations in this inception period.

INSPIRED is arriving at its mid-term point and the eight partners have been preparing for the steering committee, taking place from 3-5 December in Brussels, and to launch the monitoring and alignment phase of this project. The challenge of working simultaneously in five different countries has proved to be a positive exercise, one that will influence the methodological approach we will have agreed by the close of the meeting.

This month was also the time for several visits and missions.

EPD received representatives from: Burma, in support of our Czech partner People in Need (PIN); Egypt; and Zimbabwe, and facilitated their interaction with representatives from the EU Institutions, Member States and civil society organisations alike. A study visit was also organised to the Netherlands for our colleagues from Egypt and Zimbabwe. This proved to not only be an efficient use of their time visiting Europe, but an essential opportunity to introduce them to some of our partners there and for these local partners, whom we have been supporting over the past years, to put their own needs and lessons learned onto the European table. We believe that this is THE way to ensure that future support programmes are based on real needs and the results of thorough discussion between local actors, international experts and donors.

EPD has participated in several important conferences and gatherings starting with the second edition of the Warsaw Dialogue for Democracy, which took place at the end of October. The conference was interesting as it shone the light onto on- and off-line challenges for civic engagement. It was also an opportunity to have bilateral exchanges with Secretary General of the Community of Democracy, Ambassador Maria Lessner, representatives of the OSCE Office for Democratic Institutions and Human Rights, the Polish Ministry of Foreign Affairs, as well as other Polish organisations engaged in democracy assistance, including our Polish partner, the Institute for Public Affairs (IPA).

EPD was also invited to take part in the Eastern Partnership Reality Check conference in Vilnius, organised by our Lithuanian partner the Eastern Europe Studies Centre (EESC), and part of the official programme of the Lithuanian Presidency of the Council of the EU. There were some good exchanges with colleagues from the six Eastern Partnership countries as well as with the Lithuanian Ministry of Foreign Affairs, which continues to push the EU to work further on transition societies.

As the year drawing to an end, it opens the door for more ideas and synergies among our partners. It is also a time to look back at this tremendous year and begin planning the next one, which will see the recently voted new Multiannual Financial Framework (2014-2020) in its first year of implementation, and with plenty more consultations to come!