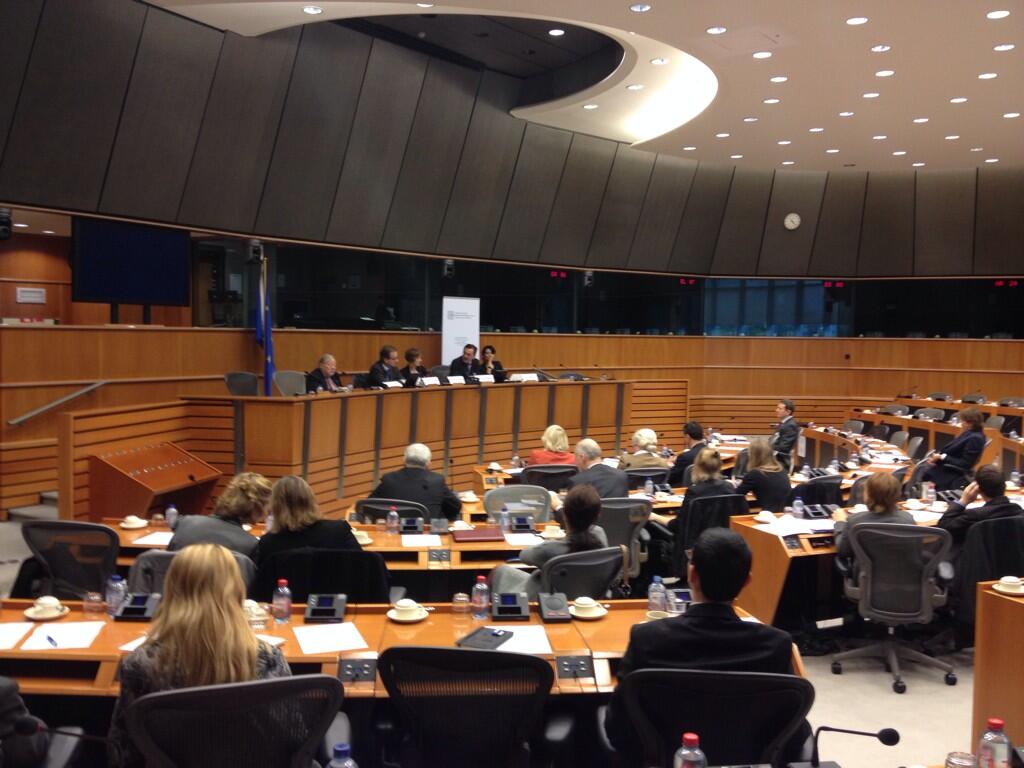 On November 6, the European Parliament hosted a jointly organised conference by EPD, the Vaclav Havel Library, Czech Centre Brussels, and the Permanent Representation of the Czech Republic to the EU.  Entitled ‘Commemorating Václav Havel in Today’s World’, the inaugural conference was held under the auspices of H.E. Martin Schulz and H.E. Martin Povejšil and is hoped to be a recurring annual event.

The opening remarks were made by H.E. Martin Povejšil, permanent representative of the Czech Republic to the EU, and Mr. Nicolas Rougy, the executive director of EPD. Both speakers noted the influence that Havel’s legacy bears on contemporary dissidents and political movements. Mr. Povejšil also highlighted the symbolic timing of the event – close to the date of both Havel’s birth and passing, as well as to the date of the Velvet Revolution.

In the first part of the event, Vytautas Landsbergis, MEP and former Head of State of Lithuania, noted how Havel, following the independence of the Czech Republic, inspired and offered support to other countries in transition. The second panelist, Lilia Weslaty, a Tunisian Journalist and cyber-activist, spoke about the ongoing political situation in Tunisia and what lessons dissidents around the world may draw from Havel’s experience.

The second part of the event, focusing on Havel’s tenure as President, was presented by Pavel Fischer, political director of the Ministry of Foreign Affairs of the Czech Republic and former collaborator of Vaclav Havel, and Sorin Mereacre, President of the East Europe Foundation Moldova. Both panelists drew attention to Havel’s inspirational leadership and his innate ability to find space for dialogue, space and conciliation

The concluding part focused on Havel’s legacy as a regular citizen and was presented by Gabriela Dlouhá, former collaborator of Václav Havel, human rights and democracy expert, and Levan Tsutskiridze, Director of Netherlands Institute of Multiparty Democracy Georgia. Reflecting on the isolated nature of the Soviet system, Ms. Dlouhá underlined Havel’s independence of thought and ability and success in laying down the foundations for a functional civil society. Reflecting on the political developments in Georgia in recent years, Mr. Tsutskiridze noted that the Velvet Revolution served as an inspirational model for the peaceful Georgian 2004 Rose Revolution, a peaceful change of power that swept away the remnants of a corrupt Soviet regime.