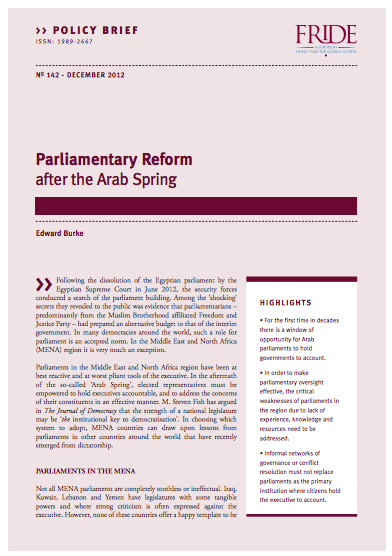 Parliaments in the Middle East and North Africa region have been at best reactive and at worst pliant tools of the executive. In the aftermath of the ‘Arab Spring’, elected representatives must be empowered to hold executives accountable. Lessons from other countries’ experiences include ensuring constitutional clarity on resolving disputes between the parliament and the executive on legislative, budgetary and other issues such as the removal of ministers; the requirement to establish effective safeguards against the abuse of veto and emergency powers; and the need for budgetary transparency and wider access to information on government business.