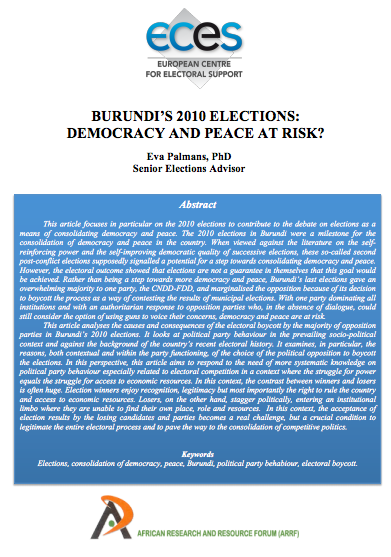 Rather than being a step towards more democracy and peace, Burundi’s elections in 2010 gave an overwhelming majority to one party, the CNDD-FDD, and marginalised the opposition because of its decision to boycott the process as a way of contesting the results of municipal elections. With one party dominating all institutions and with an authoritarian response to opposition parties who, in the absence of dialogue, could still consider the option of using guns to voice their concerns, democracy and peace are at risk.