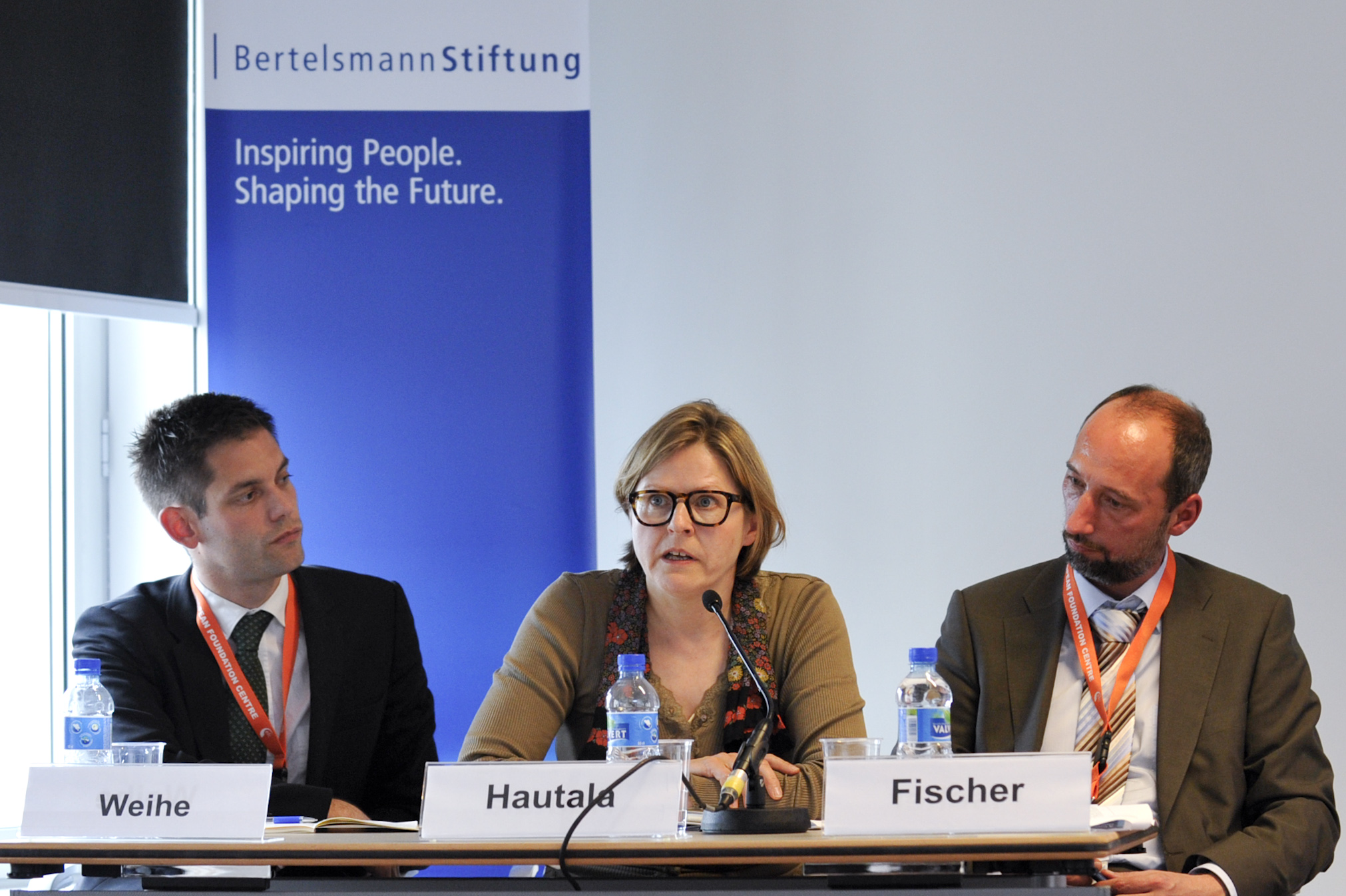 The European Partnership for Democracy (EPD) participated on the 1st of June in the panel discussion Providing Experience on Democracy and Good Governance during last week’s (31 May-4 June) European Foundation Week. Although foundations are key players in supporting economic, cultural and social projects, their public profile is rather limited. For this reason, the European Foundation Centre (EFC) offered with the first-ever Foundation Week a platform where EU policymakers, NGOs, multilateral organizations, foundations and the general public could discuss the work of foundations in a series of seminars and debates, covering topics such as arts and culture, environment, health, international relations and development, philanthropic capacity building, research and education as well as socio-economic development.

The EPD’s Executive Director, Carlos Hernandez Ferreiro was one of the speakers of the third panel of the debate “A culture of participation: How to live together in Europe” organized by the Bertelsmann Stiftung, where participants exchanged inter alia their suggestions for increasing the effectiveness of the EU’s democracy support activities around the world and for the incorporation of the work of foundations and civil society actors in this field.

Moderated by Thomas Fischer, Head of the Brussels Office of the Bertelsmann Stiftung, the discussion started with a contribution by Vaira Vike Freiberga, former President of Latvia and member of The Club of Madrid.

During her speech she underlined that democracy is a form of governance resting on basic principles that have evolve and changed over the centuries. Ms Vike Freiberga acknowledged the important role foundations and non-governmental organisations had played after the fall of the Berlin Wall when the formerly communist transformation countries headed towards democracy and free market economy. At the same time however, these supporting organizations and their donors should bear in mind that democratization is not a rapid process and that it would take much more time until democratic principles have consolidated in transformation countries. Thomas Weihe, Deputy Head of the Board of the Viktor Pinchuk Foundation, applied this observation to Ukraine where citizens would be strongly in favor of the EU’s democratic standards. Due to the high level of corruption, however, the Ukrainians would increasingly distrust policymakers and political institutions, thereby unintentionally retarding the implementation of these much praised standards.

Heidi Hautala, Chair Woman of the European Parliament’s Subcommittee on Human Rights, pointed out, the EU itself should invest more energy in ameliorating both its internal democracy and human rights situation and its frequently rather bureaucratic and unwieldy democracy support abroad.
In her view, instruments like the EPD can provide a useful platform for enhanced policy cooperation and better coordination and complementarity of actions and instruments by bringing together different sensitivities and providing more flexible mechanisms for implementation vis-à-vis current approaches.

Her presentation was completed by Carlos Hernandez Ferreiro, Executive Director of the European Partnership for Democracy, who used examples from the work of EPD in countries like Armenia, Moldova or Zimbabwe, to illustrate the capacity of flexible instruments to deliver results in difficult situations. Similarly, he presented EPD as an organization who´s capable of bridging policy rifts between different European actors and institutions. A necessary element if closer and more effective collaboration between the EU institutions, Member states, Foundations and Civil Society Organizations is to be achieved

The panel was concluded by Balthasar Benz from the Human Rights and Democratization Unit of the European Commission. He summoned civil society actors in Europe to intensify their capacity building efforts, to provide more and better advocacy as drivers of democratic change and to give stronger support to the EU institutions for a successful transfer of democratic rules and values.

The European Partnership for Democracy will further enhance its efforts to advance the European profile in democracy support by contributing to strengthened ties between European institutions, foundations and other civil society organizations.