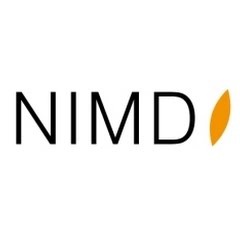 On my way back to The Netherlands from visits to Zimbabwe and Zambia, I learned about the tragic car accident of the new Zimbabwean Prime Minister Morgan Tsvangirai, which killed his wife and injured him. The accident happened 88 km south of Harare and was caused by a collision with a truck. Ironically, it was an USAID hired truck with humanitarian assistance for the sufferingZimbabwean population. Morgan Tsvangirai and his wife were on their way to a meeting in the birthplace of Morgan in Buhera, a district in Manicaland province south-east of Harare.
In Zimbabwean political history, car accidents have been used regularly to get rid of political opponents. No wonder many people immediately feared that this car accident was not an accident at all but a political assassination plot by the Mugabe security services against the new Prime Minister. When Morgan Tsvangirai was sworn in just three weeks ago, the chiefs of the security and defense forces bluntly boycotted the ceremony.

Yet, car accidents do happen at the notoriously dangerous roads in Zimbabwe and the accident could be a most unfortunate coincidence so early in the much contested power sharing arrangement between ZANU(PF) and the two MDC parties. At the time of writing of this blog entry, it is simply too early to know what the precise circumstances of the accident have been, since there are no witness accounts available.

An agreement without alternative

It is another blow for Morgan Tsvangirai. When I met him earlier this week in Harare, he was still full of optimism and resolve to make the Global Political Agreement (GPA) between ZANU(PF) and the two MDC parties, the power sharing agreement, work. It had to work in the interest of the Zimbabwean people. There was no other alternative. The country is broke with no more reserves in the Reserve Bank. Hospitals are empty, pupils are sitting idly at home because schools are closed, people are starving because there is a lack of food, while cholera is spreading and only 10% of the country’s industrial capacity is utilized. Something had to happen to come to the rescue of the Zimbabwean people.

Tsvangirai’s message to the international partners is: don’t wait because you play into the hands of those wishing to see Zimbabwe collapse even further. In my conversations with him, he mentioned three priorities for immediate international assistance. All three, he said, need assistance now:

1. Humanitarian assistance
2. Restart the Zimbabwe economy
3. Assistance the return to democracy in Zimbabwe.

In subsequent meetings with leaders of the civil society organizations in Zimbabwe, it was expressed that the GPA should be utilized by engaging the new government constructively. A key provision is the agreed roadmap towards a fully new Zimbabwean constitution within 24 months, and the establishment of an independent electoral commission.

The new Minister for Constitutional Reform expressed his willingness to work closely with civil and political society to prepare for this new constitution. If indeed he will pursue this line, and NIMD will provide support for this approach, it may become an important process for national healing and reconciliation while creating the necessary conditions for future free and fair elections.

Another important provision of the GPA is the Joint Monitoring Commission, JOMIC. The three parties to the agreement each have delegated five members to this commission to monitor the implementation under SADC guidance. The three delegation leaders to JOMIC chair the commission alternately for one month each. JOMIC is an important instrument to resolve the many conflicts arising from the GPA and to document its implementation. It is of great strategic importance that the documentation of what works and what does not is done accurately since SADC will review the GPA within 6 months from the day inauguration of the new government mid February 2009. This review will open the possibility for corrections of faults in the GPA, most importantly the underrepresentation of MDC parties in the defense and security sector of government.

It would be a missed opportunity for the Zimbabwean people if the international community were to be so inflexible as to not to respond immediately to the urgent priorities as outlined by Morgan Tsvangirai. The current smart sanctions target those government officials responsible for the abuse of state power in Zimbabwe. Smart support should now be forthcoming for the government officials responsible for providing the essential services, such as food, health and education for the suffering Zimbabweans. It requires creativity, flexibility and out-of-the-box thinking on the part of international donors. In meetings with the international donor community in Harare, NIMD has actively pursued this option.

Priorities for NIMD will be to support the three political parties in the joint monitoring committee of the GPA, to support the constitution-making process in ways that enhance reconciliation, to contribute to the preparation of the conditions for future free and fair elections, and to defend those working for democracy and human rights in Zimbabwe.

Please look also at the blog of Mr. von Meijenfeldt on the NIMD blogs.